I Was a Sled Dog

february 11, 2011: the first memorial walk
When news of the Whistler sled dog cull broke, it sent shockwaves around the world. Where I live in Victoria, BC Canada - about a four-hour journey to Whistler - it was incredibly shocking. The 2010 Olympics had been success in many avenues, but for one sled dog operation, the downturn in business meant they could no longer keep all of their dogs.
It was then, on April 21, 2010 that the 'cull' began. But there were tours booked on April 22, so the cull was continued the day after, on April 23. The official reports say about 50 dogs were killed, but that's all that could be confirmed. From reports from those who worked there, it was likely closer to 100 dogs were killed after the Olympics. Some died from one bullet to the head, but for others it was much more painful and gruesome. I won't share any more here, but the full WorkSafeBC report is available to view on line.

What happened after was outrage and people sprang into action. The first walk we had here had good attendance - some of my fellow shelter volunteers came, including a husky x puppy who got tired and had to be carried for a bit. This was to be the first real step in this journey for me...

Below is what I wrote in my photo book "Meetings with Remarkable Dogs: the road to retirement for Whistler sled dog survivors (2016)"

"The shock waves of the massacre resonated around the world and the residents in my hometown of Victoria, BC Canada organized two memorial walks for people to come together and remember. The first one took place February 11, 2011. On an overcast day on Dallas Road, a large gathering of people and their dogs - of every size and shape - turned out to show they remembered. Me and my ever-faithful Shih-Tzu mix, Suzy, met up with some friends and walked the short route along the Dallas Road waterfront. This meet up got people talking and with local media on hand to provide coverage, it was evidence of the community of caring in this town." 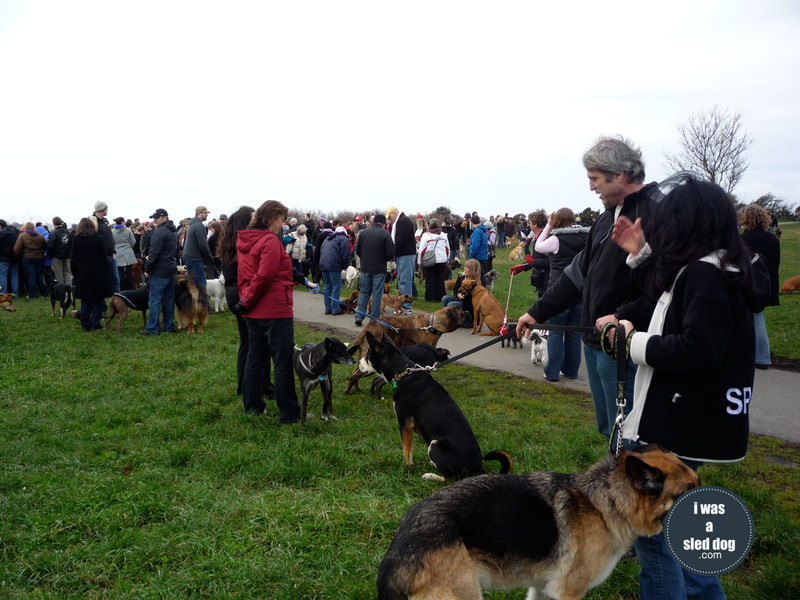 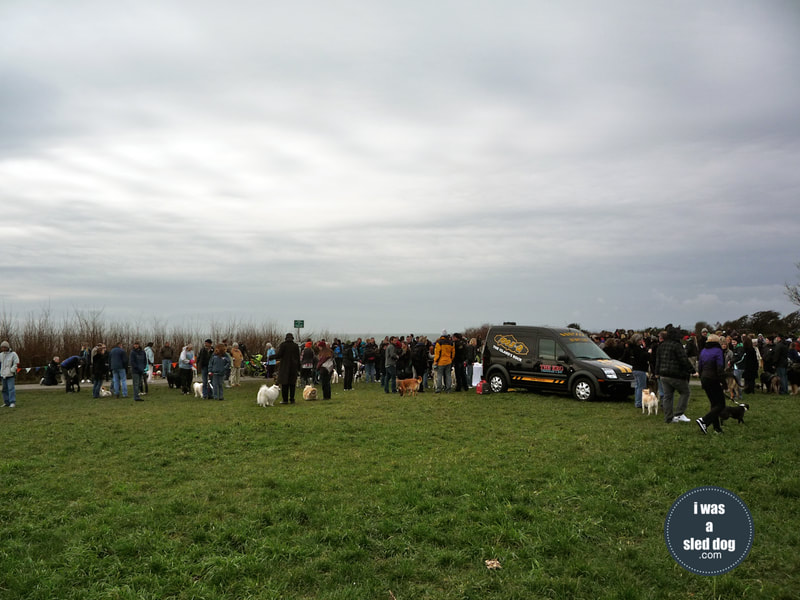 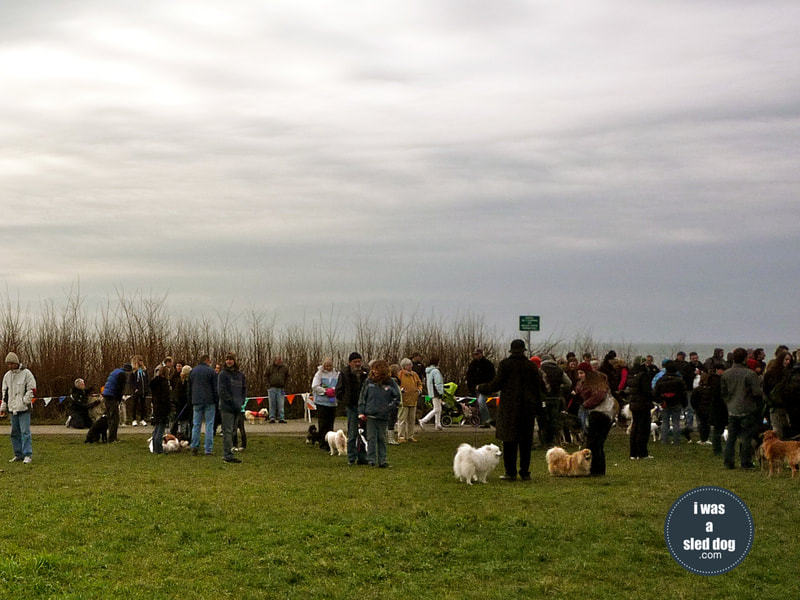 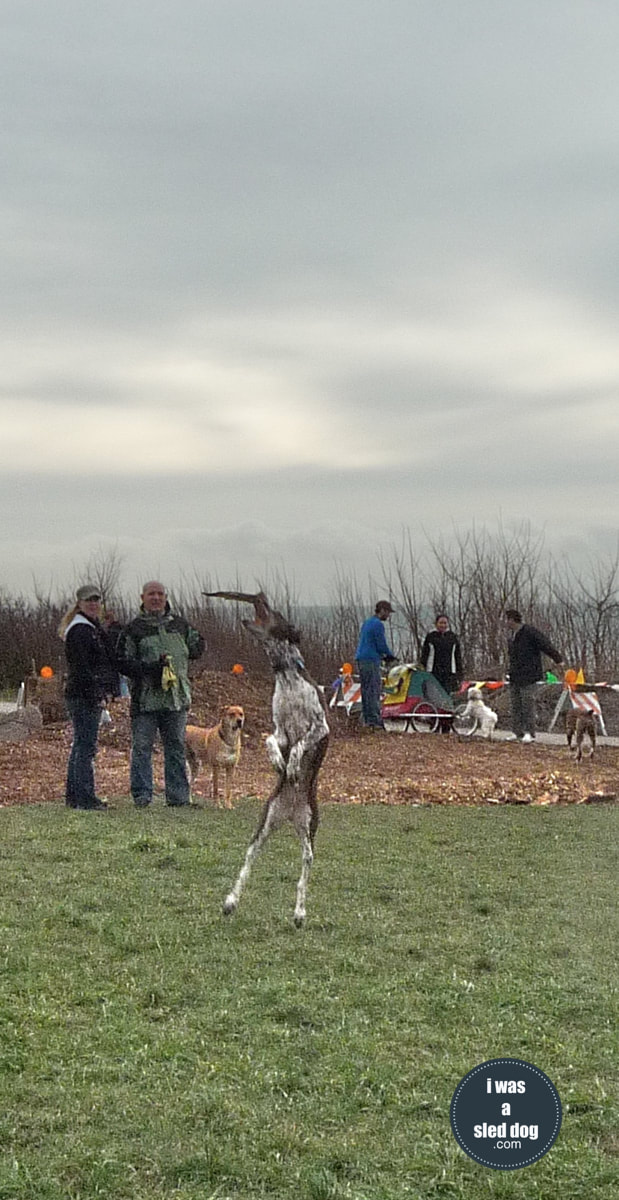 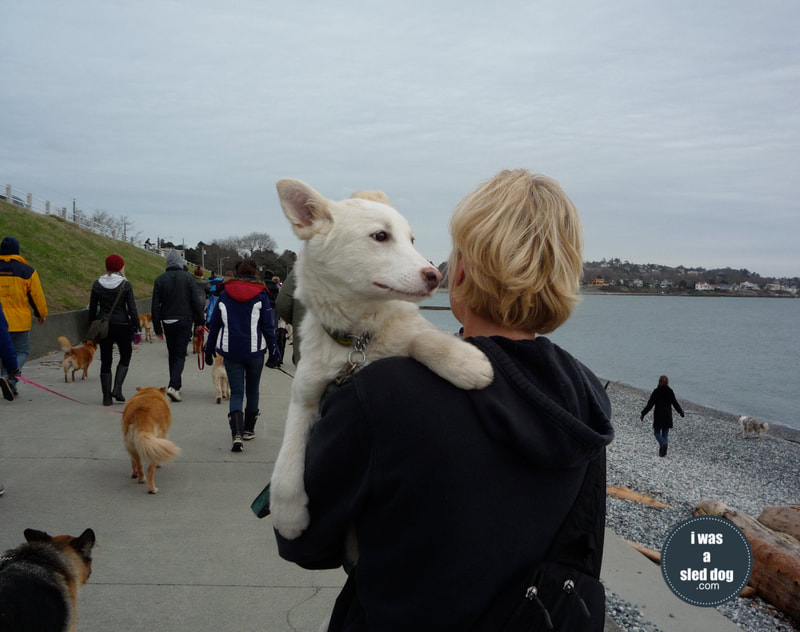 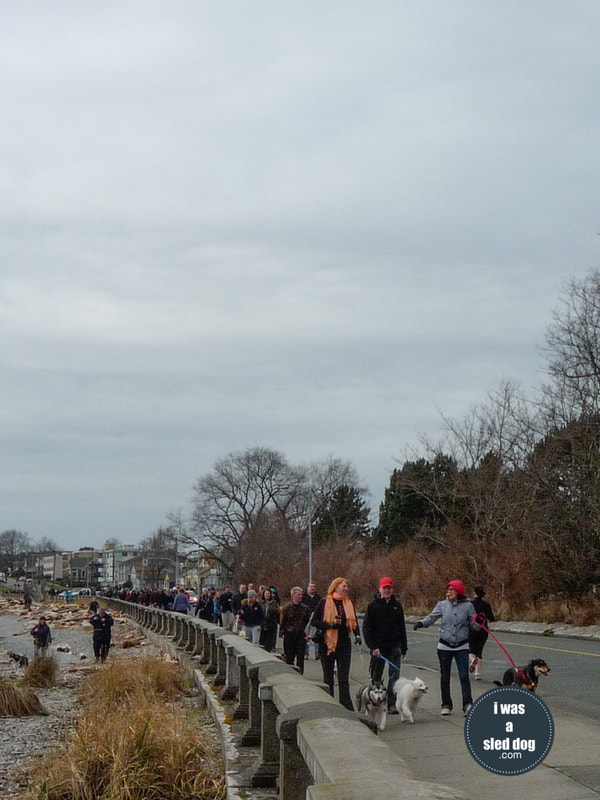 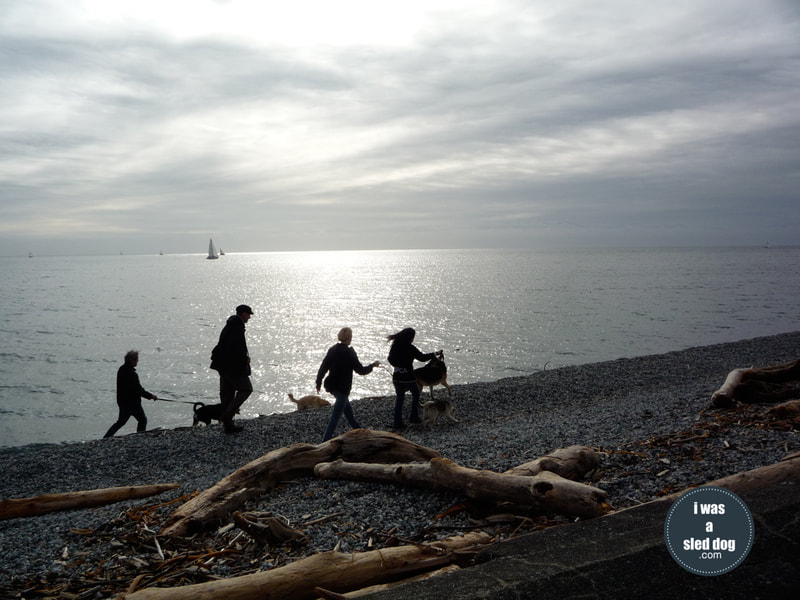 april 23, 2011: the second memorial walk
The second memorial walk had a bit more planning time and was organized by a group who had been working to shut down puppy mills and the sale of pets in stores in the area. Dogs of all shapes and sizes came on what was a longer walk and ended up with a call to action. It was powerful afterwards to see photos from the different events around the world show up on social media afterwards.
​
Below is what I wrote in my photo book "Meetings with Remarkable Dogs: the road to retirement for Whistler sled dog survivors (2016)"

"The second one was a couple month later and coincided with the one-year anniversary of the second day of the massacre. It was a global day of remembrance, nicknamed The Howl Heard Around the Wold - with memorial walks taking place in more than 40 cities all around the world. Here in Victoria, it started at the Ogden Pt breakwater where dogs of all shapes and sizes and their families walked to the provincial legislature where speakers stood up to make thier voices heard when it comes to supporting tougher animal cruelty laws. It was also a moment to remember the dogs who lost their lives one year ago. I walked with my little Suzy dog, and this time my husband and some good friends came along too. It was a beautiful day that was filled with floods of emotion. And every time the audience clapped, two huskies who were sitting off to the side of the group on the grass, howled and brought some levity to an otherwise sombre event." 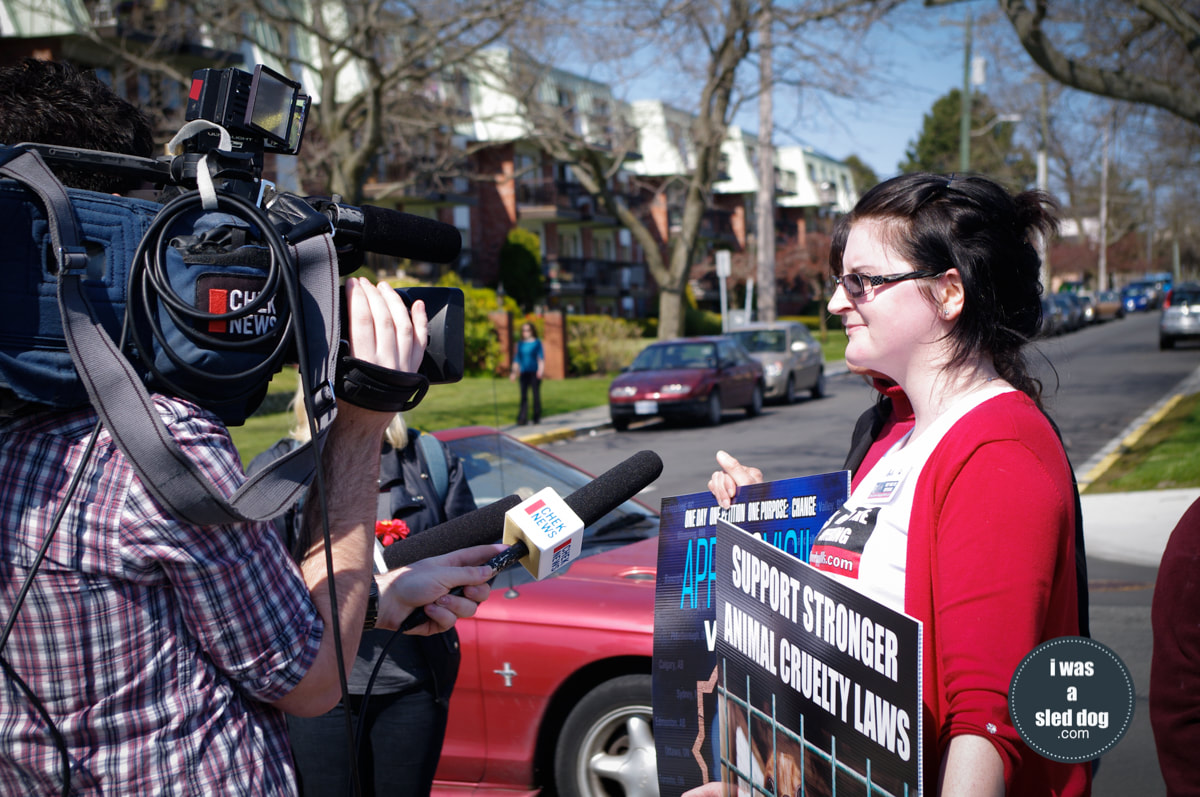 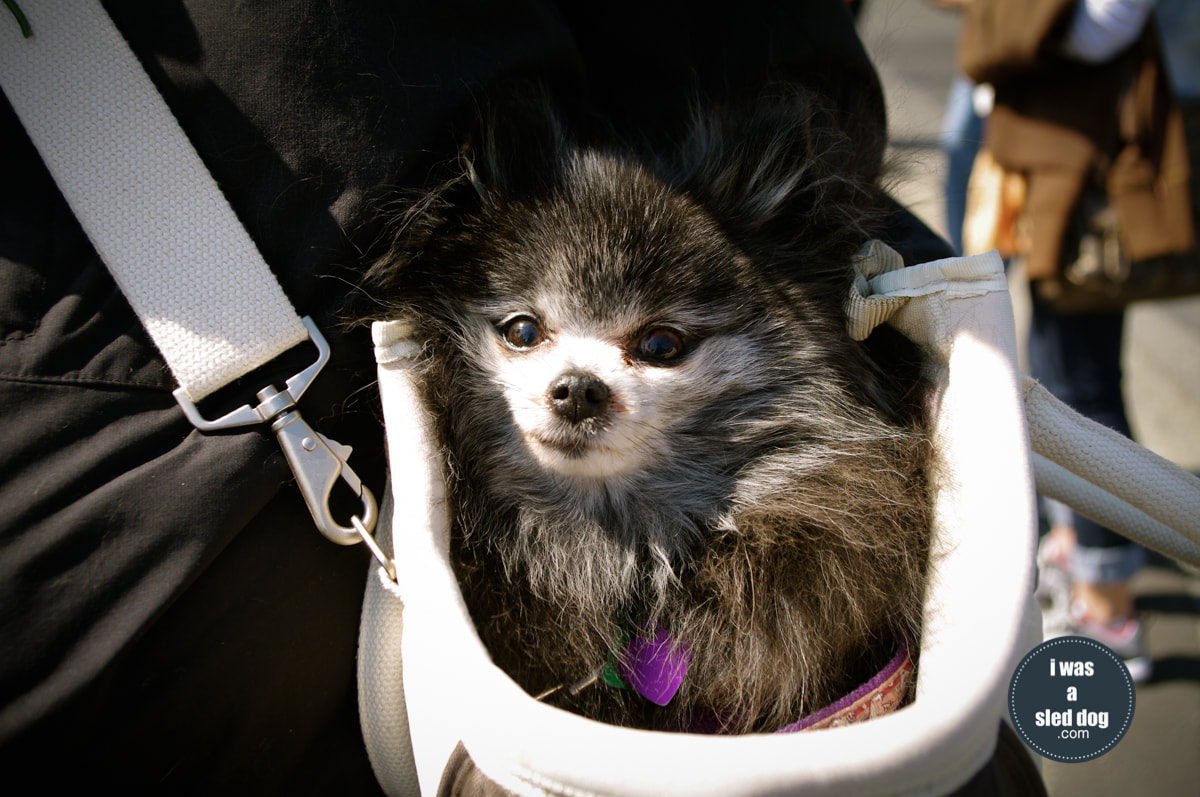 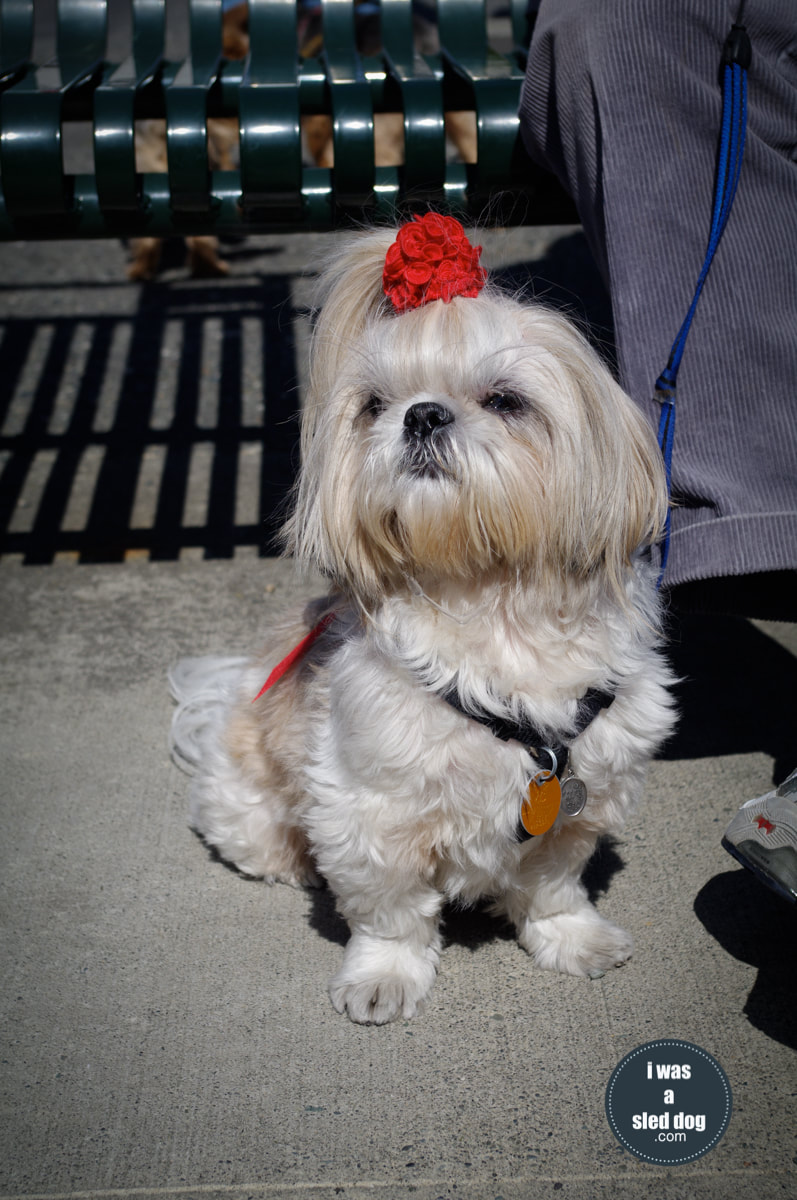 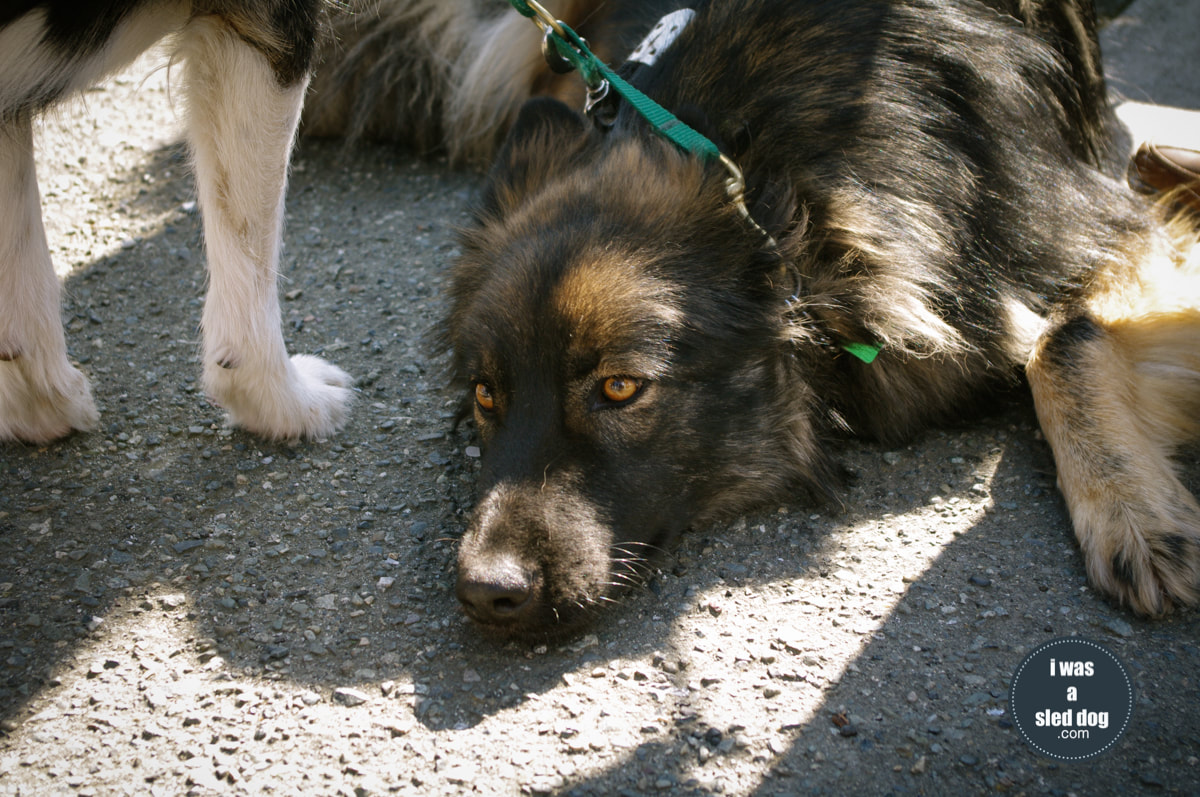 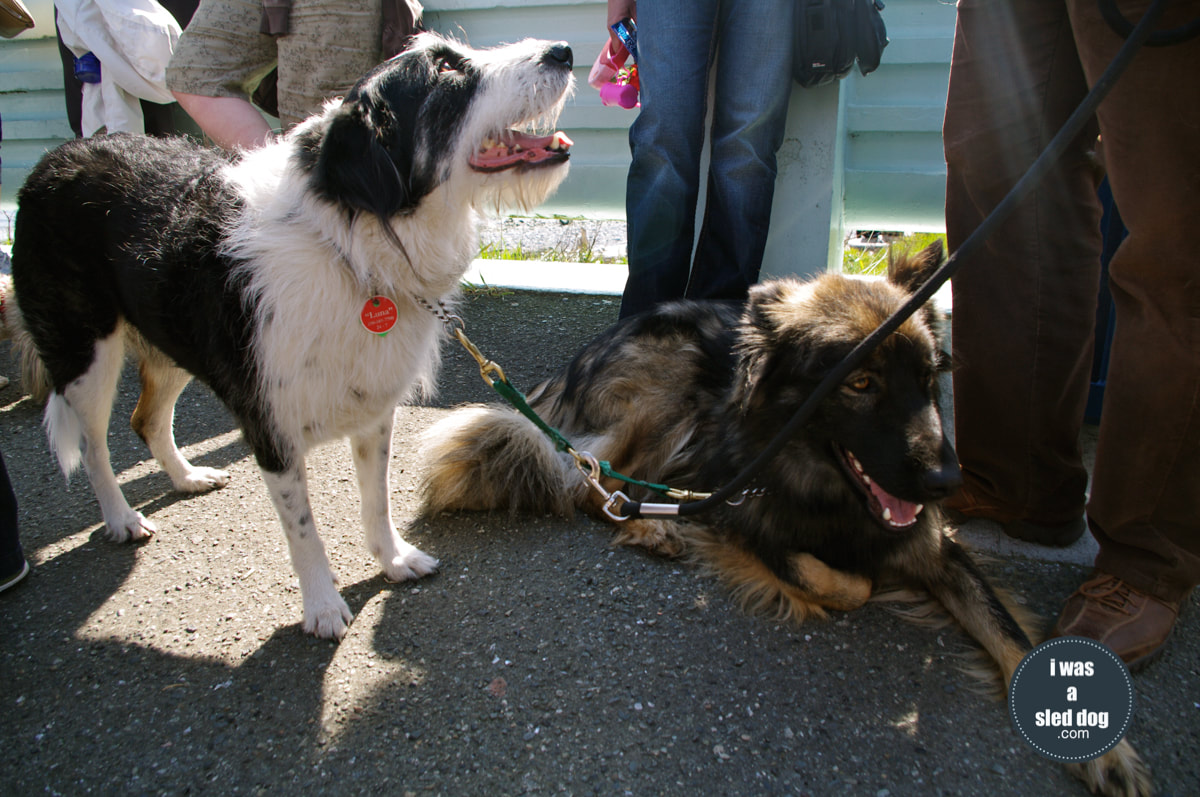 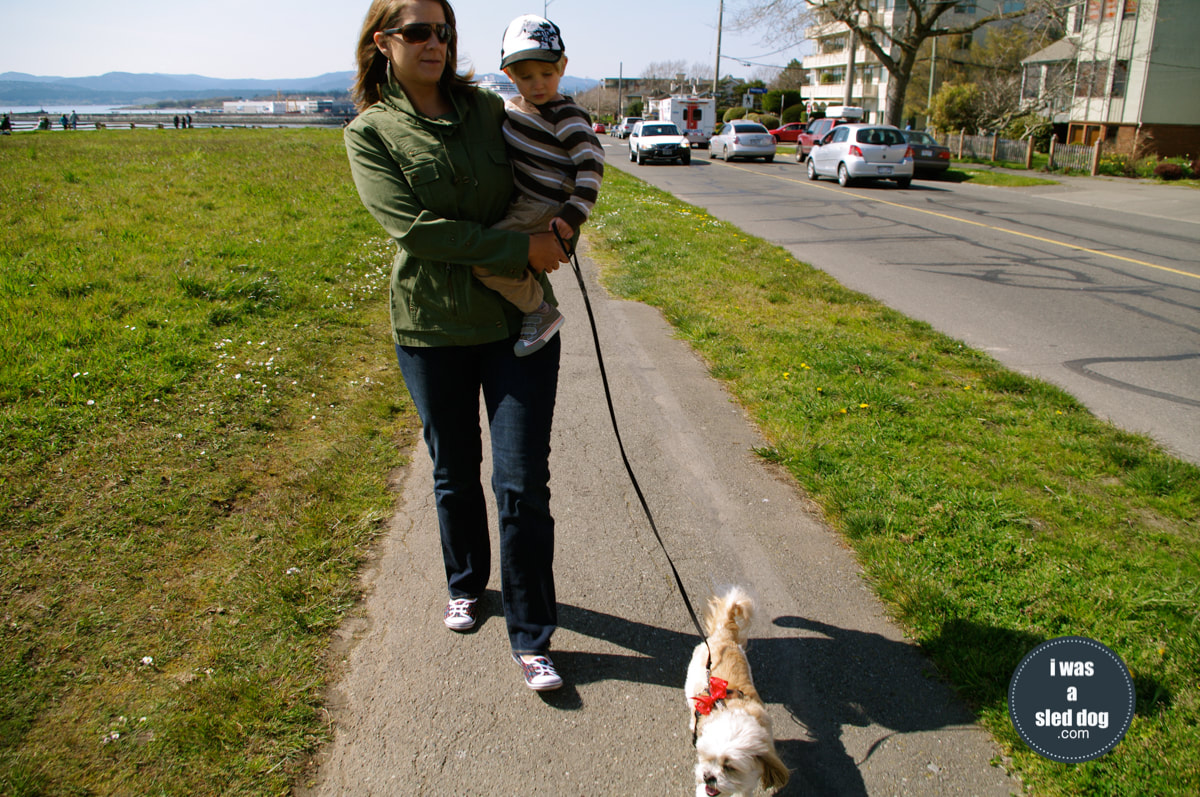 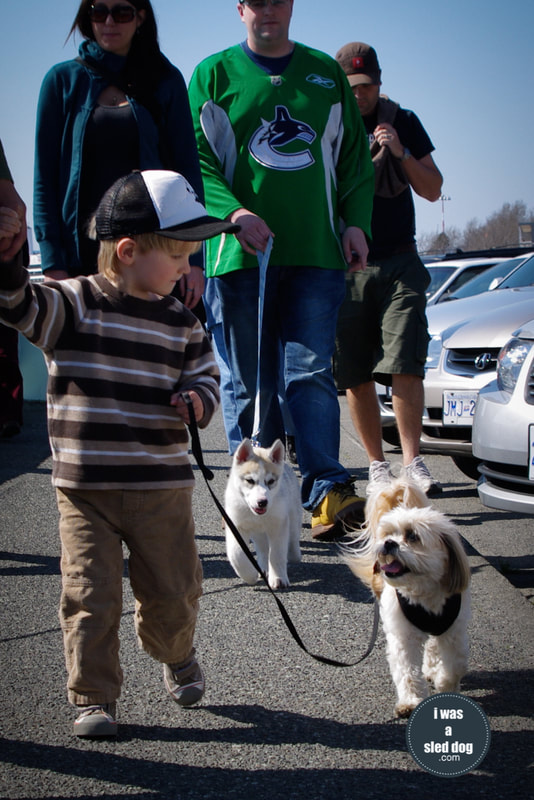 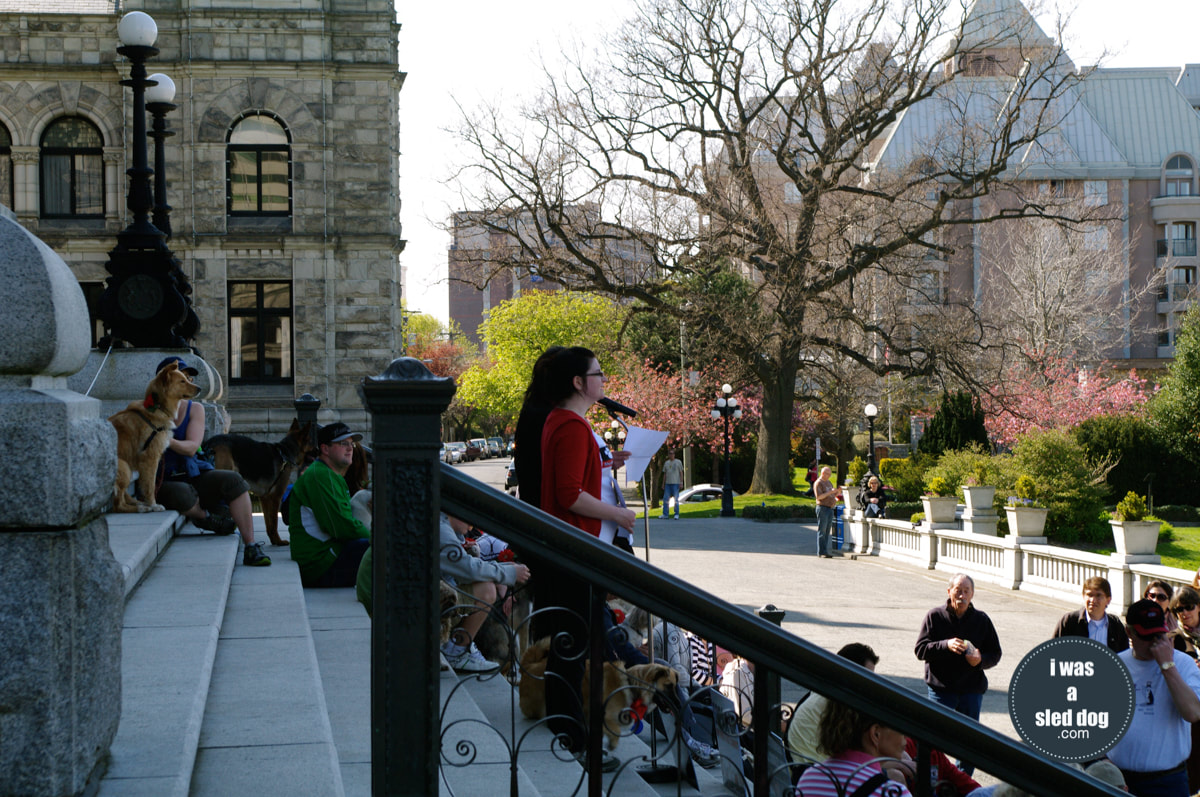 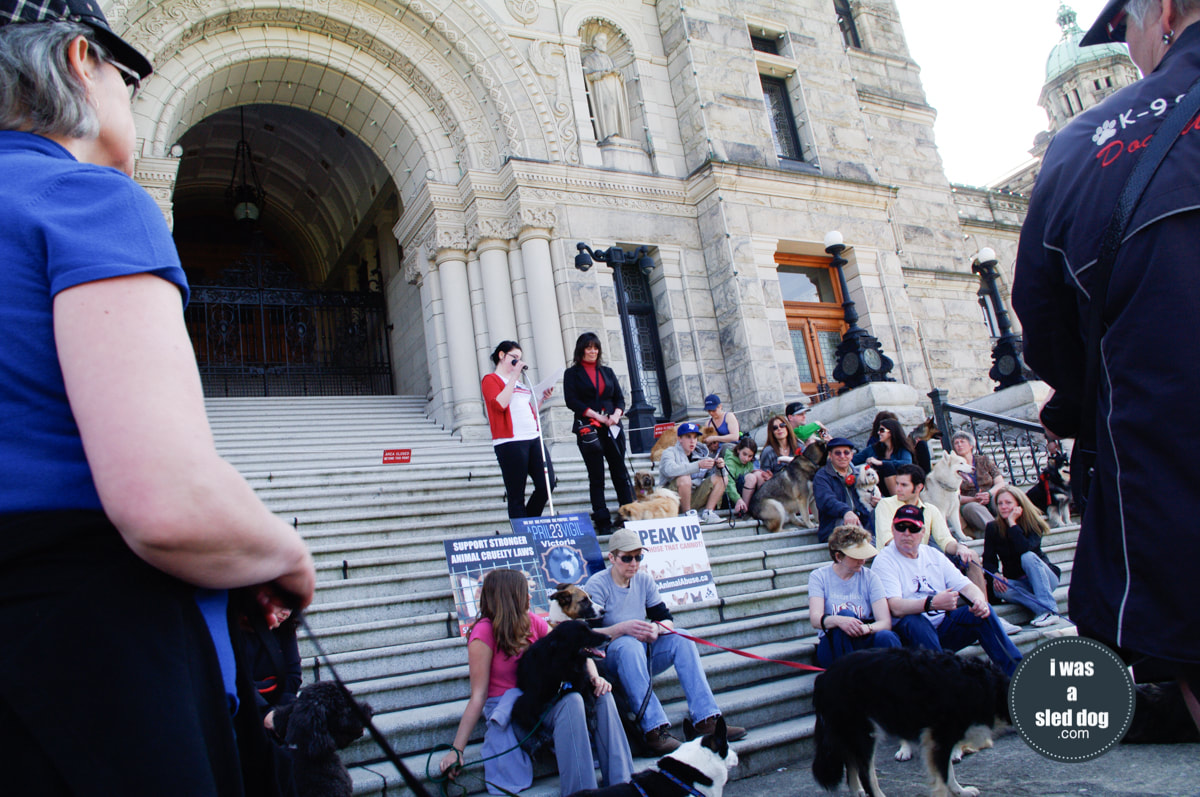 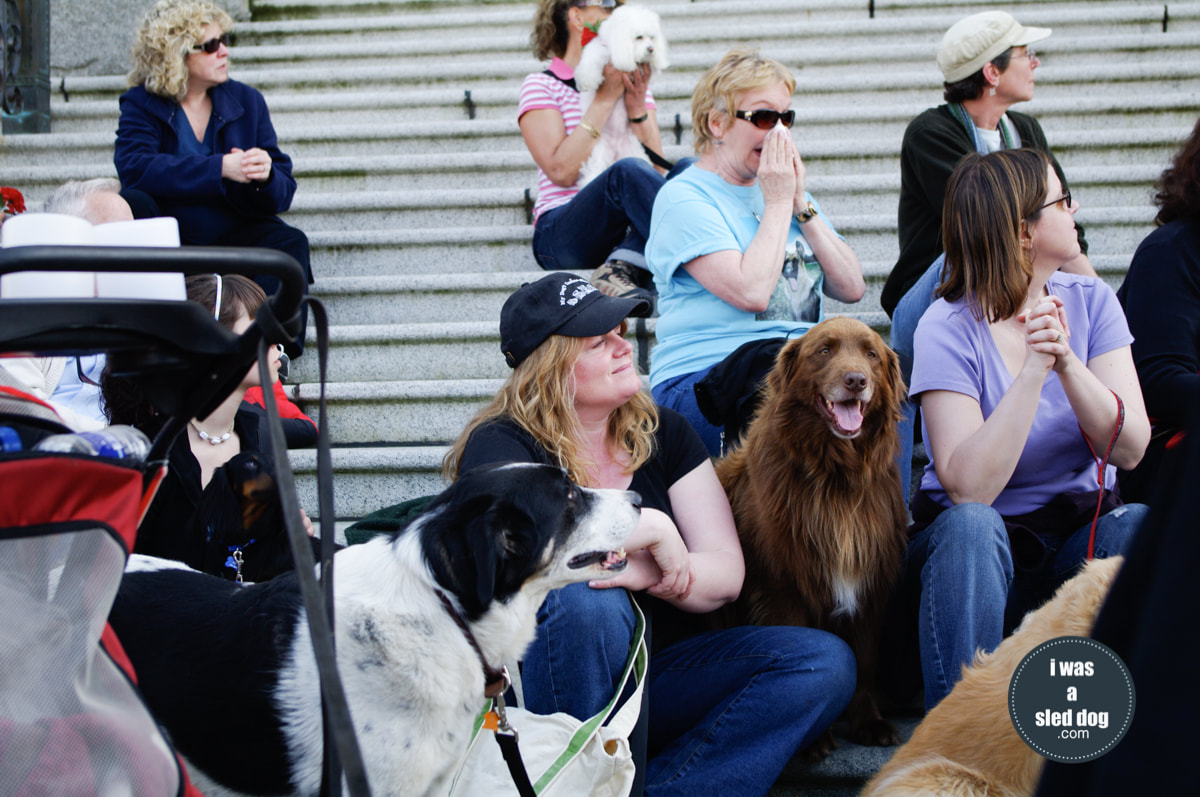 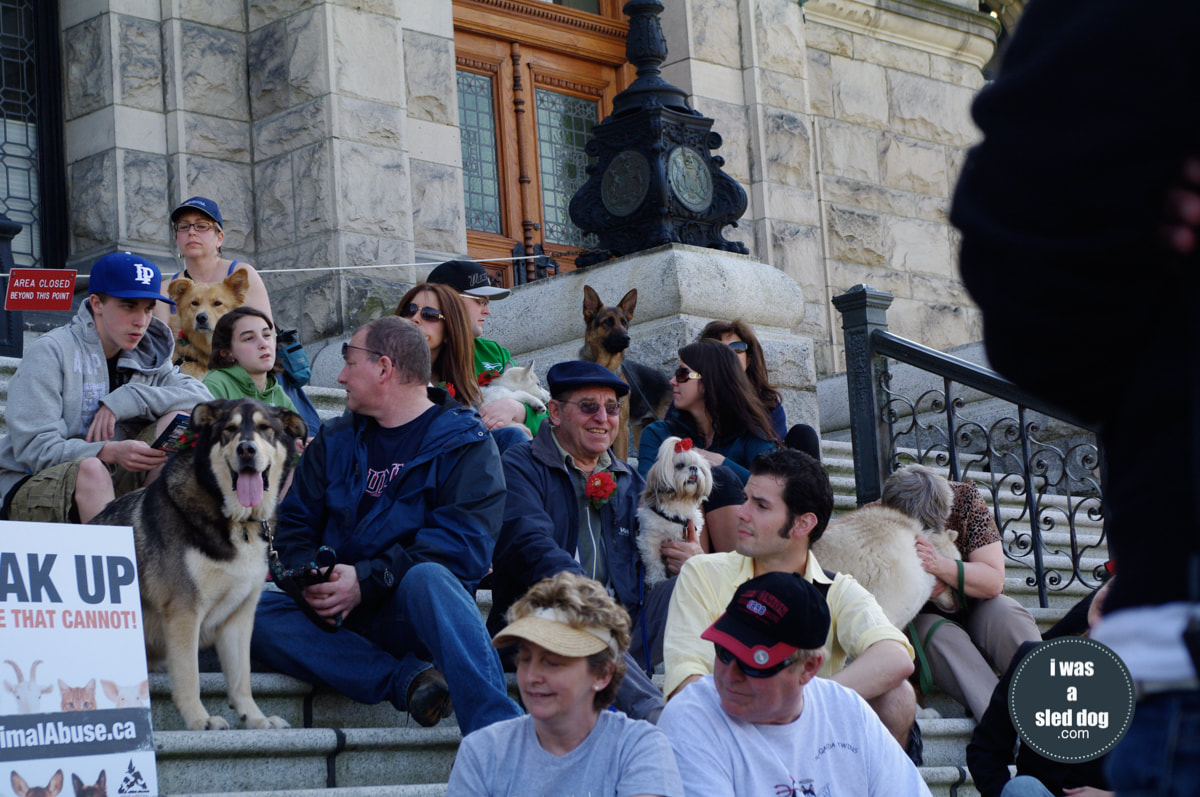 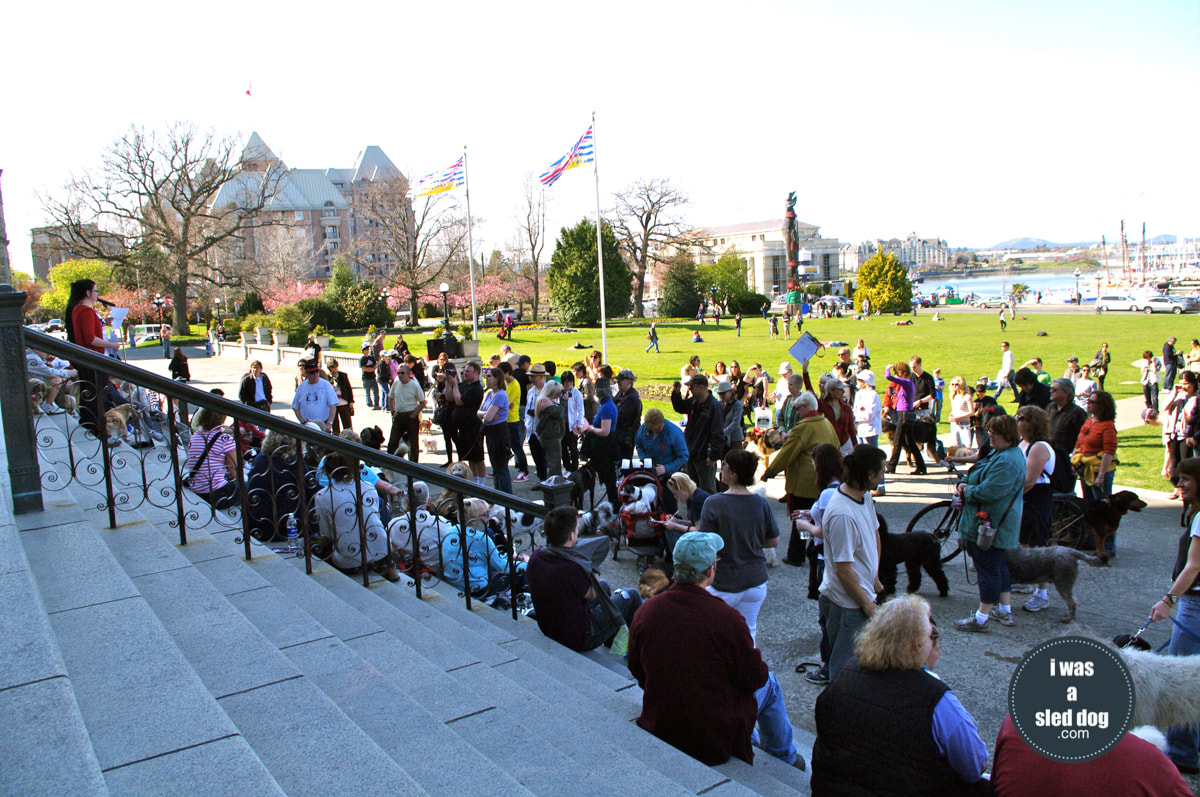 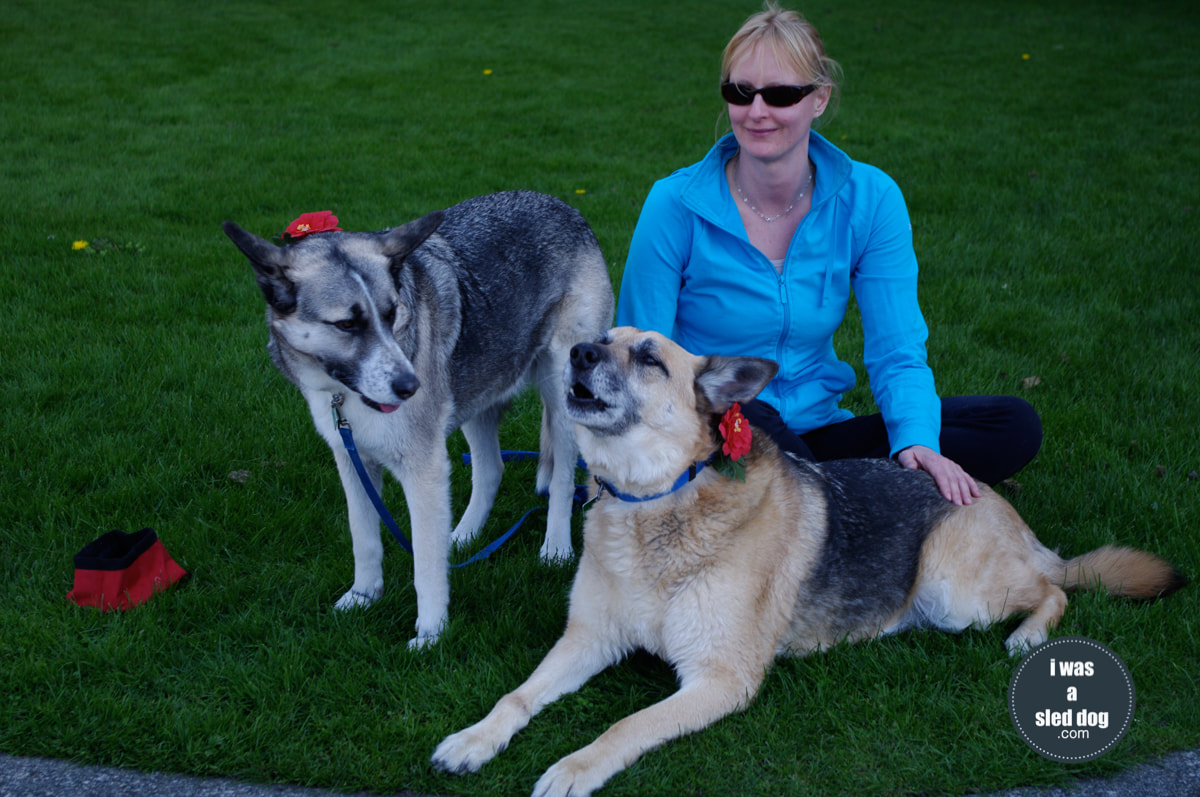 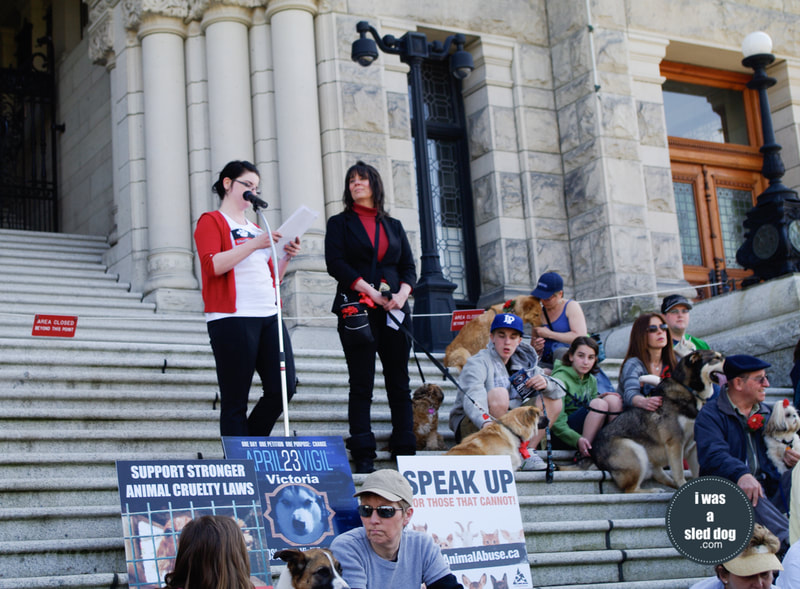 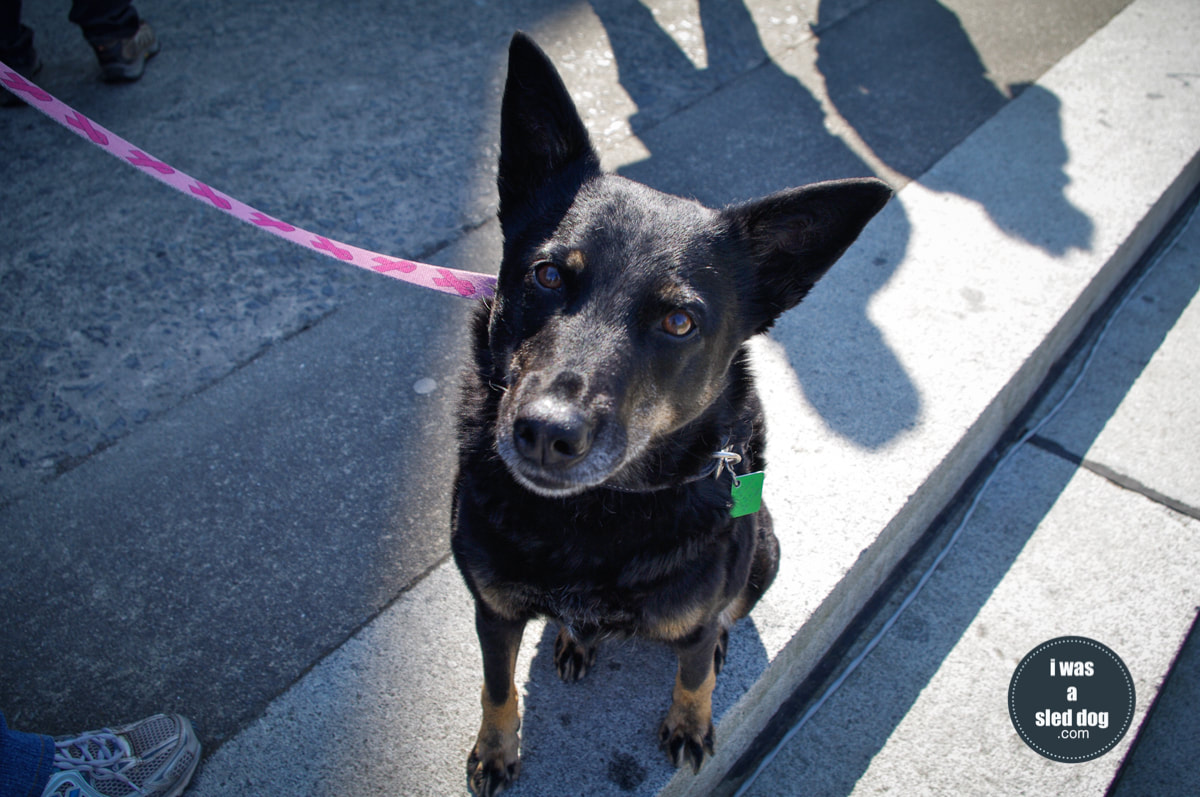 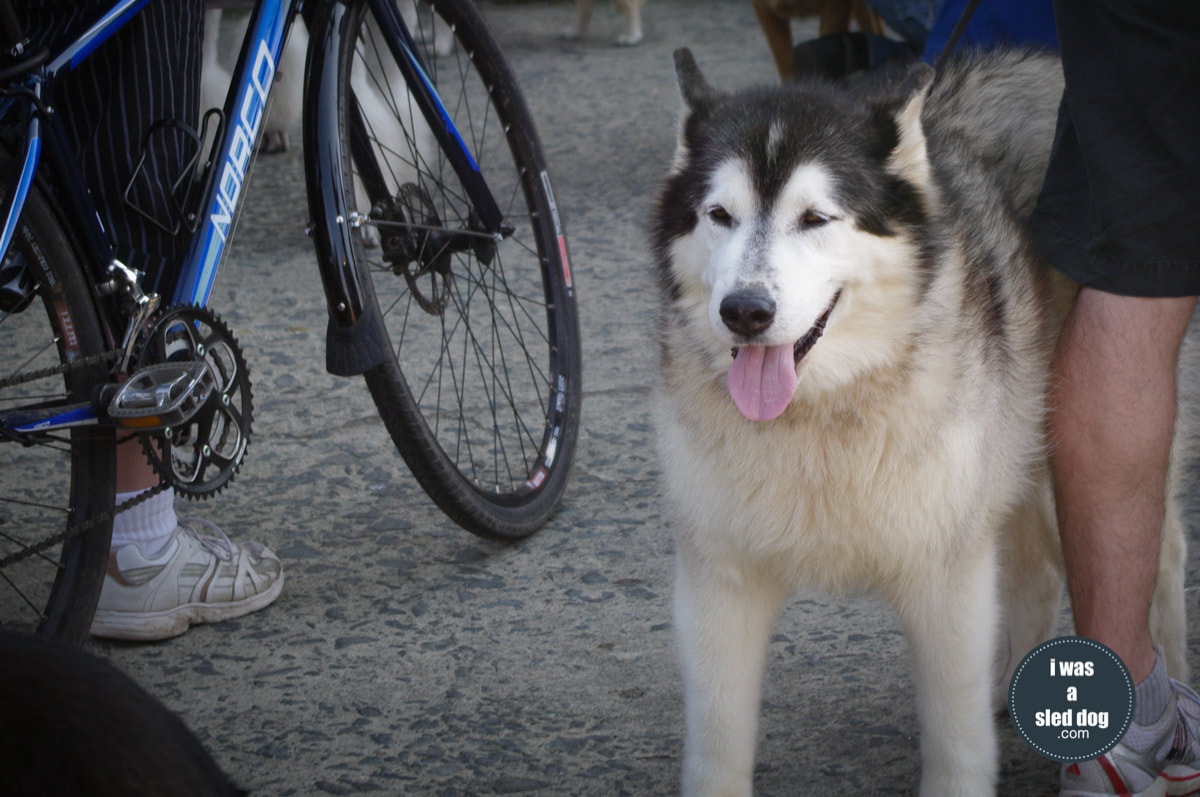 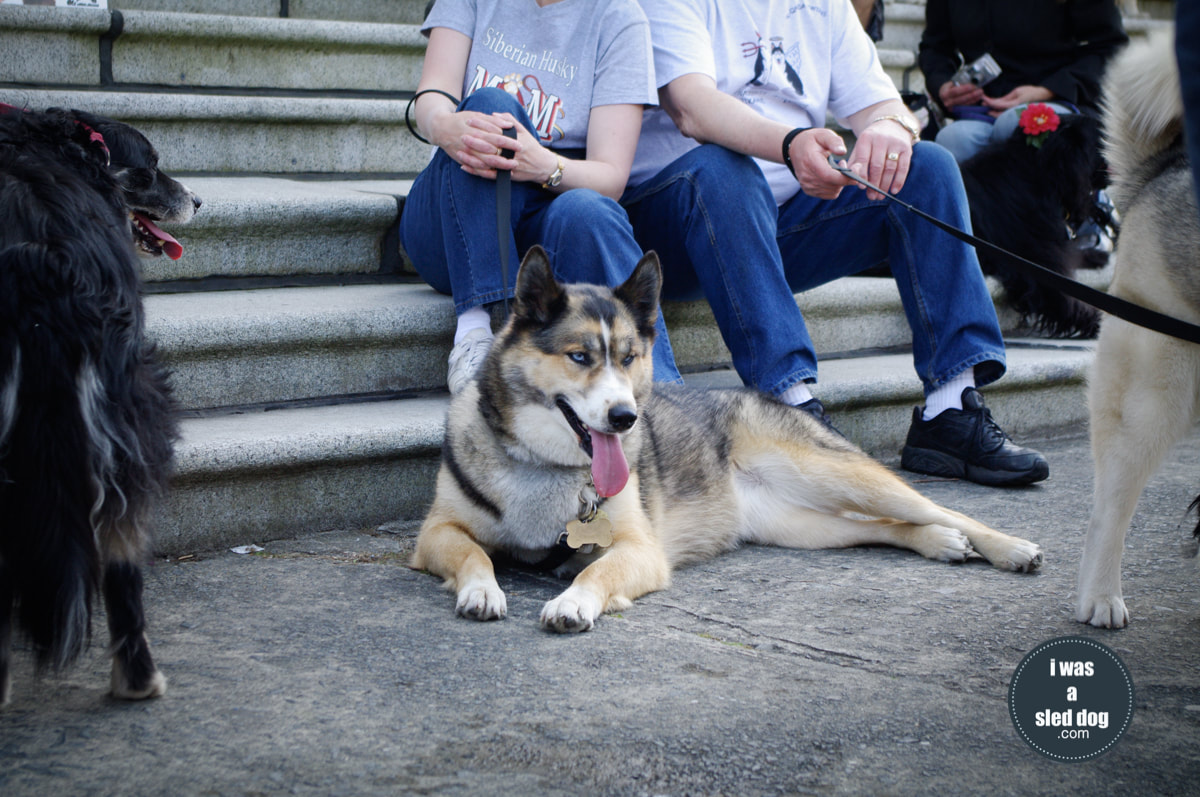 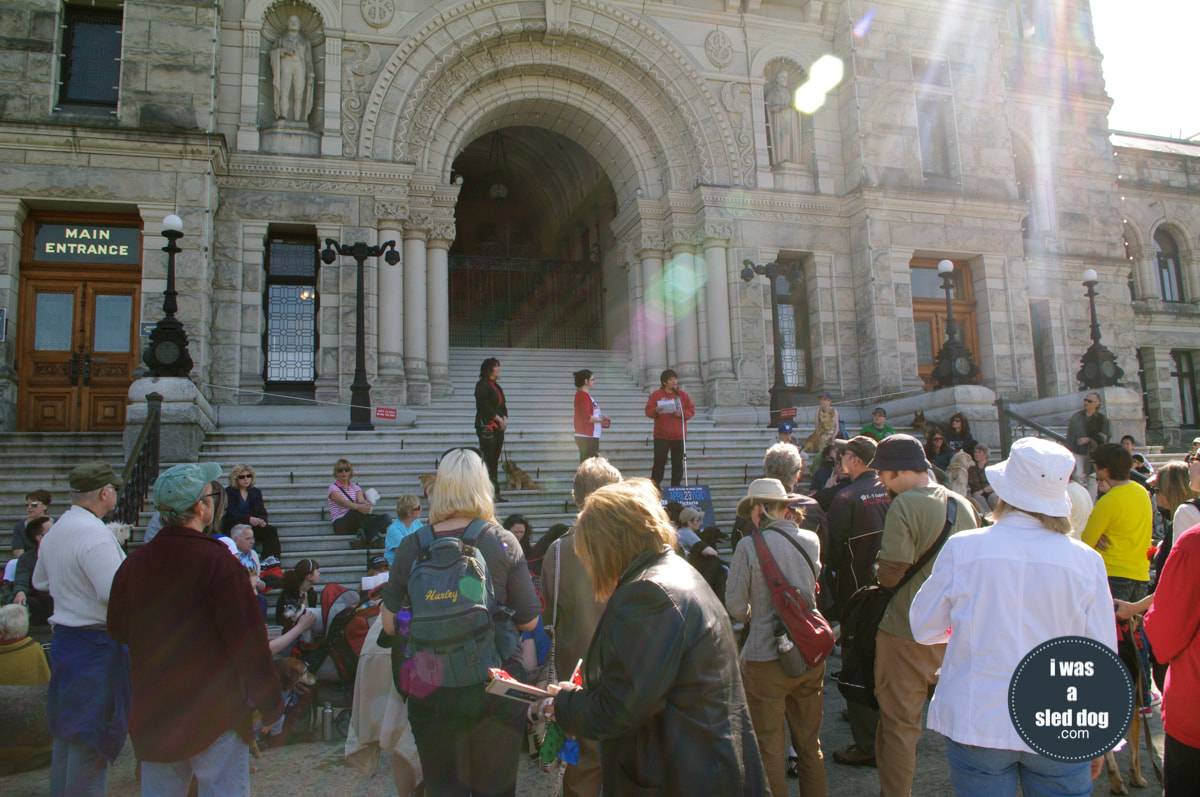